Now, however, analysts expect more stimulus before the end of the year. “If inflation remains very low, the ECB may decide in December to extend its crisis-response asset purchase program,” Florian Hense, eurozone economist said. – Silvia Amara, “Shocker Eurozone Data Raises Question About What the ECB Will Do Next,” www.cnbc.com, September 1, 2020.

The race may soon be back on to see who can provide the cheapest world currency, as getting inflation to rise remains an elusive goal. No one wants deflation, and even with interest rates hovering around zero, inflation also continues to remain below the goal of 2%. Now, this is becoming a growing concern for world equity markets, which have started a noticeable decline over the past week. This decline fits well with our market timing studies, as several world indices made new cycle highs within two days of our geocosmic critical reversal date on September 4.

END_OF_DOCUMENT_TOKEN_TO_BE_REPLACED

There will be no market column issued this week. Monday will be the Labor Day holiday in the U.S. and markets will be closed on September 7. Instead, we are going to reprint a full chapter from the Forecast 2020 Book, a timely piece since I am beginning to write the Forecast 2021 Book. This chapter was written in November 2019. See below for the chapter, “JUPITER CONJUNCT PLUTO: EXTREME MEASURES” where I have added in my current thoughts in red. The year 2020 certainly has been a year of “Extreme Measures.” This chapter will give you an idea of what to expect in next year’s book, coming out in December 2020. Enjoy this chapter from Forecast 2020 along with my commentary!

Today, the Republicans are the fiscally irresponsible party and the Democrats the fiscally insane party. – Mona Charen, “Deficit is the Great Missing Topic,” Arizona Republic, November 11, 2019.

The final piece of the Capricorn Stellium involves the 13-year synodic cycle of Jupiter and Pluto. This will be a three-passage series of conjunctions taking place on April 4, June 30, and November 12, 2020.

END_OF_DOCUMENT_TOKEN_TO_BE_REPLACED

PLEASE NOTE: There will be no market column issued next week. The following Monday will be the Labor Day holiday in the U.S. and markets will be closed on September 7.

I made it to Germany today. It was an easy but long trip as direct routes are hard to come by now. As Jupiter (international travel) will depart from Capricorn (restrictions and travel bans) around the winter solstice, readers may want to look at airlines and travel-related companies for possible investments on any normal corrective decline. But as you see in this week’s column, “normal” corrective declines have been the exception rather than the rule in stocks this year.

Global stock markets were generally favorable last week, with many making new post-crash highs again. The NASDAQ and the S&P both made new all-time highs. The Dow Jones Industrial Average, German DAX, and India’s NIFTY indices are not far behind. Japan, however, had a setback as Prime Minister Abe announced his resignation due to health concerns on Friday, and the Nikkei tumbled.

In other markets, Crude Oil soared to a new post-crash high and Gold is once again testing 2000 as the U.D. Dollar is again testing its lowest level in over two years.

END_OF_DOCUMENT_TOKEN_TO_BE_REPLACED

Our economy, they (Democrats and Republicans) say is broken… that the wealth gains of recent years have gone entirely to the top 1% of earners, that real wages for the middle class have stagnated and the “game is rigged.”(But) in a study published by the Brookings Institution, Stephen Rose found that the number of Americans in the upper-middle class increased from 6% in 1967 to 33% in 2016… Michael Strain’s new book “The American Dream is Not Dead” (shows) that inequality has decreased by 7% between 2007 and 2016… The populists of right and left have agreed on something that just isn’t so. The death of the American Dream has been vastly exaggerated. – Mona Charen, senior fellow at the Ethics and Public Policy Center, “The American Dream is Not Dead,” Arizona Republic, August 21, 2020.

By refusing to normalize monetary policy after the financial panic ended, (the Fed) inflated asset bubbles on stock exchanges, in corporate debt markets, urban property markets, and other parts of the world. These booms benefitted mainly asset owners at the expense of wage earners and entrepreneurs. The result was a damaging form of inequality, new in America, that rewarded asset ownership or political connections instead of innovation and hard work. This helped Donald Trump make the case that the Obama expansion had left behind working people. – “The Obama-Biden Economy Redux,” Wall Street Journal Opinion Page, August 21, 2020.

END_OF_DOCUMENT_TOKEN_TO_BE_REPLACED

If you looked at the end of the week in Asian equities, you may have the impression that Uranus turning retrograde this weekend is leading to an upside breakout. The Nikki and NIFTY indices are breaking out to a new post-crash high.

END_OF_DOCUMENT_TOKEN_TO_BE_REPLACED

The polls show the economy is the one issue on which a majority trusts Mr. Trump more than it does Joe Biden. But if he signs another Nancy Pelosi special, voters can be forgiven if they wonder what the economic policy difference is between Republicans and Democrats. – “Trump’s Trillion-Dollar Choice,” Opinion Page, Wall Street Journal editors, August 7, 2020.

END_OF_DOCUMENT_TOKEN_TO_BE_REPLACED

The government reported Thursday that U.S. economy shrank at a dizzying 32.9% annual rate in the April-June quarter, by far the worst quarterly plunge ever, as the coronavirus outbreak shut down businesses, threw tens of millions out of work and sent unemployment surging to 14.7%. – The Associated Press, “Trump Floats Election ‘Delay’ Amid Claims of Voting Fraud,” www.foxbusiness.com, July 30, 2020.

Yes, some pollsters were off four years ago, but that merely confirms that polls (and pundits) are fallible, not that they are always wrong and should be ignored. Jason L. Riley, “It’s Getting Late Early for the Trump Re-Election Effort,” Wall Street Journal, July 30, 2020.

END_OF_DOCUMENT_TOKEN_TO_BE_REPLACED 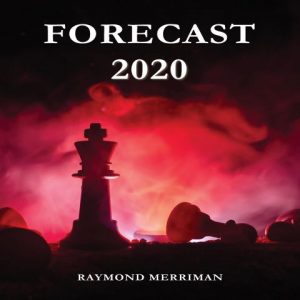 Although 2020 is not yet over, several forecasts made in the 2020 book have already unfolded. We will list a few of the forecasts below as of September 21, 2020 and the list will be updated Events and Articles. Keep in mind these forecasts were written in October-November 2019, and published December 1, 2019, well before 2020 got underway.

The U.S. Stock Market and DJIA: “… the crest of this first 15.5-month cycle tops out before April, then declines into a low before October, then has another rally that tests or makes a new all-tike high in the second phase. As far as an upside target, two others at 29,663 +/- 938 and 33,293 +/- 2115 are developing. Additionally, with Jupiter in Capricorn, along with Saturn and Pluto, the path to higher highs is likely to be difficult than experienced in 2019 when Jupiter was in Sagittarius… The Jupiter/Saturn conjunction of December 21, 2020 argues for the high to be within five months of December 2020.” The all-time in the DJIA occurred on February 12, 2020 at 29,568. It then dropped 38% into its low as of this writing on March 23. U.S. stocks then embarked upon another major rally, and as of this writing, the NASDAQ and S&P have made new all-time highs the first week of September, in an MMA 3—star critical reversal date time band.

END_OF_DOCUMENT_TOKEN_TO_BE_REPLACED

Silver prices just made their biggest weekly advance since the 2008 collapse of Lehman Brothers, but the run-up has been largely eclipsed by smaller gains in gold prices. The less-valuable metal climbed 20 percent over the past week to $23 an ounce, an increase of more than 94 percent from its bottom below $12 in March. – Jonathan Garber, “Silver Prices Poised to Outshine Gold,” www.foxbusiness.com, July 24, 2020.

So the default is to proceed on the notion that the way to hold the White House and Senate this fall is to join Democrats in a spendathon. In fact, conservative voters are increasingly unhappy about the lasting damage Washington’s aid bills are doing to both the balance sheet and the underpinnings of the private economy…The mystery is who in the White House keeps deputizing Mr. Mnuchin as lead congressional envoy, given Mrs. Pelosi’s flawless record of schooling him in the art of the deal. Kimberly A. Strassel, “The Mnuchin Follies,” Wall Street Journal, July 24, 2020.

END_OF_DOCUMENT_TOKEN_TO_BE_REPLACED

The U.S. reported 77,200 coronavirus cases on Thursday, a record, according to Johns Hopkins University. That spike brought the total number of confirmed U.S. infections to more than 3.57 million. Covid-related deaths are up to more than 138,000. “There’s definitely a sense of nervousness in the market,” said one trader. – Fred Imbert, www.cnbc.com, July 17, 2020.

The bigger economic danger by far posed by the pandemic debt is that it will remain precisely that – debt. The U.S. thus finds itself stuck in a debt trap, alongside the rest of the world. Economists at the Bank for International Settlements coined that term to describe a situation in which prolonged low interest rates induce the accumulation of so much unproductive government and private debt that to raise taxes would risk a catastrophic financial system or fiscal crisis. –Joseph C. Sternberg, “The Covid Fiscal Crisis is About Debt and Taxes,” Wall Street Journal, July 16, 2020.

END_OF_DOCUMENT_TOKEN_TO_BE_REPLACED

There are no upcoming events. Please subscribe to our Newsletter and get updates on future events and the Free Weekly Forecast.