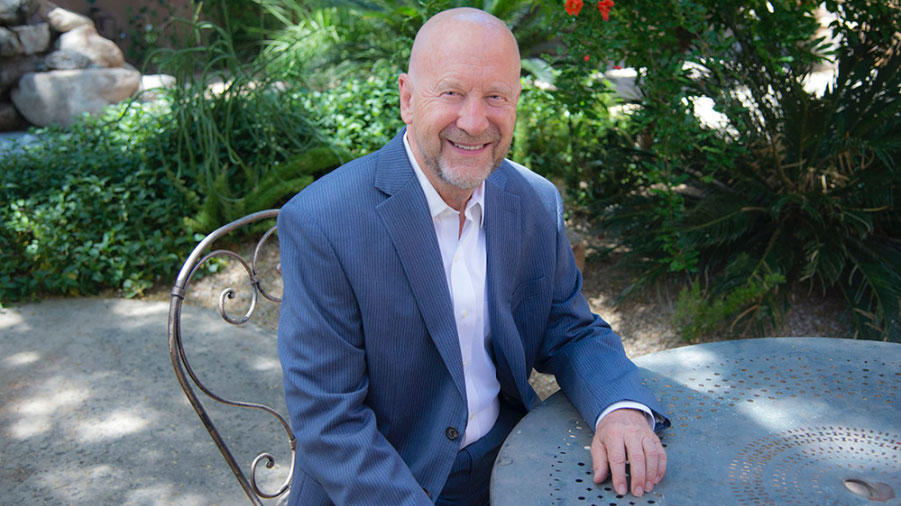 Raymond Merriman is the President of the Merriman Market Analyst and founder of the Merriman Market Timing Academy. He is a registered Commodities Trading Adviser (CTA) with the National Futures Association. Raymond is a financial market analyst and has been the editor of the MMA Cycles Report, a monthly market advisory newsletter, since 1982. He also writes daily and weekly reports for more active traders.

Merriman’s formal education includes a Bachelor of Arts degree in Psychology at Michigan State University in 1969. He did post-graduate studies in Psychology at Michigan State University and Oakland University, before taking on a position as a project coordinator for an adolescent group program with the Michigan Department of Social Services, where he developed a group counseling model known as “RGD” (Reference Group Dynamics). This model was later adopted by high schools in Ohio and Michigan in the 1970’s.

His introduction to financial markets began in 1978. Two years later, he became a student of Walter Bressert, legendary cycles analyst in commodities. Under Walter’s tutelage, Merriman began his research on the correlation of planetary cycles to cycles in the Gold market, based on Walter’s methodology of cycles analysis, which resulted in the publication of The Gold Book: Geocosmic Correlations to Gold Price Cycles in 1982 (out-of-print). This was the first book to show a quantitative research correlation between cycles in a financial market to cycles in the cosmos.

Between 1982-1986, Raymond Merriman was a frequent guest contributor on the Financial News Network (FNN). He served as an Investment Executive with Prudential Securities (1986-87) and Shearson Lehman Hutton (1987-1990), before becoming an Accounts Vice-President of Retail Commodity Futures with Paine Webber (1990-1994). He authored several books on Financial Market Timing, including the five-part series The Ultimate Book on Stock Market Timing (1997-2012), The Sun, Moon, and Silver Market (2006), Solar/Lunar Keys to Gold Price Reversals (2015), and the annual Forecast Book (since 1976), which outlines his projections a year ahead of time for financial markets, the world economy, and political trends. In addition, he has also written two primers on financial market analysis. Merriman on Market Cycles: The Basics, first published in 1994. The other, Basic Principles of Geocosmic Studies for Financial Market Timing, is a basic textbook on the relationship of geocosmic correlations to financial markets.

From 1997 through 2012, he wrote the five-volume series The Ultimate Book on Stock Market Timing, which became the basis for the curriculum used in MMTA, the Merriman Market Timing Academy. In all, these books took 15 years to complete and comprise over 1600 pages. His works are currently published in German, Italian, Dutch, French, Russian, Serbian, Czech, Vietnamese, Japanese, Chinese, and English.

In 2013, Raymond Merriman created MMTA, the Merriman Market Timing Academy, a two-year training course in Merriman’s market analysis and market timing methodology developed over the past 40 years. Students took 99 classes in this two-year period, competency tests, and completed papers on seven major research projects identifying historical correlations between the analysis methods and historical performance. These courses are now available to new students for on-line learning. The original graduates have been trained to become financial market analysts  utilizing the MMA methodology. At present, several of the original graduates write monthly market analysis reports for the MMA Cycles Report as well as the Monthly International Cycles Reports.

In early 2013, Merriman was awarded the Gold Star by Market Timing Digest of Amsterdam, Netherlands as the “Best Market Timer of 2013.” He was the only contestant to successfully identify all 15 major turning points in the U.S. stock market by their criteria. In 2014 Merriman received the Gold Star award again as “Best Market Timer of the Year” from Market Timing Digest, this time correctly identifying 20 of 21 reversal dates in the U.S. stock market well ahead of time.

Raymond Merriman is well-studied in the field of Astrology. He is a Professional (Certified) Life Member of the American Federation of Astrologers (PLMAFA since 1972), as well as through ISAR, the International Society of Astrological Research (2000). In 1995 he was the recipient of the UAC Regulus Award for “Enhancing Astrology’s Image as a Profession.” In 2012 he received the UAC “Regulus Lifetime Achievement Award,” only the fourth person ever to receive this honor.

He also served seven non-consecutive terms as President of ISAR (the International Society for Astrological Research), a decision reached in a two-step process involving over 1500 members from over 25 national centers around the world, not least in part due to his participation in helping formulate the certification criteria back in the mid-1990’s, which has since resulted in this model being viewed as the international standard for astrological professionalism.